"Founded by Christ - Motivated by Love"

“Founded by Christ – Motivated by Love” 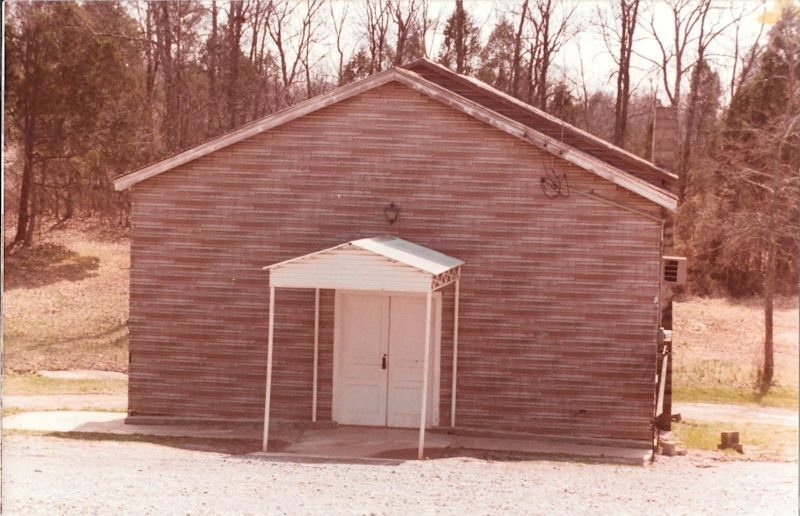 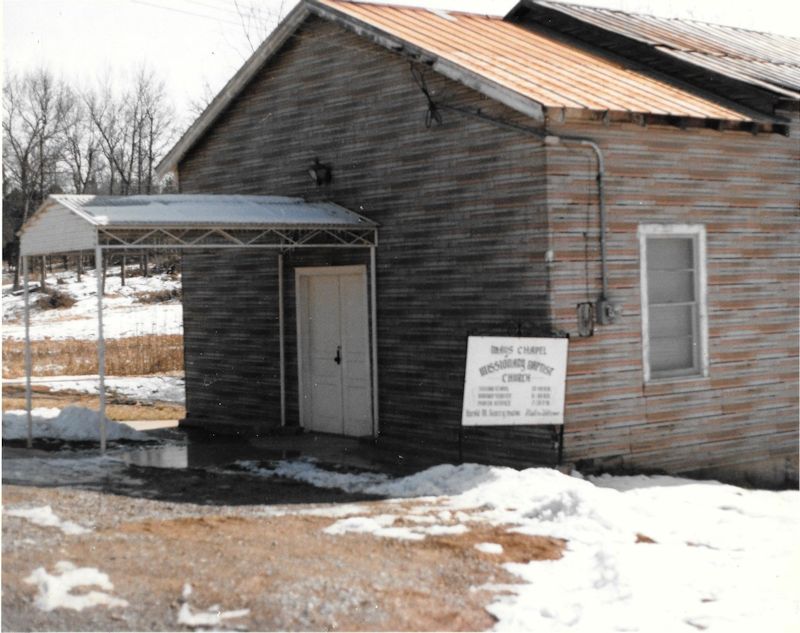 It is with a sense of pride and the spirit of humility that we endeavor to chronicle the history of Mays Chapel Missionary Baptist Church, 661 Mays Chapel Road, Mt. Juliet, TN 37122.

We thank God for the patriots of old.  Even though they were reared in hardship and deprivation, they were still able to love and worship God.  We are grateful for the heritage of Mays Chapel Missionary Baptist Church and for the God-fearing men and women of faith, vision and courage who laid the foundation for our church today.

The building was used for public school and worship services for the church.  The congregation named the church group Mays Chapel Baptist Church.  The Reverend Daniel Bloodworth became the First pastor.

During the time in the school building, church services were held on each first and third Sundays.  Other pastors who served at this building were Reverend Charlie Watkins and Reverend Ernest Hogan.

The Rutherford Family owned property joining the Mays’ property.  In the early 1900’s, his family gave one acre of lsand abut 300 feet west of the school to the United Sons of Relief and the Knights of Pythais, who built a lodge hall.  Lodge meetings were held upstaiars and worship services for the church were held downstairs.  Worship was no longer held in the school.  This building was renamed the Mays Chapel Missionary Baptist Church.  Reverend Hogan was the pastor during this period.  By the early 1930’s, the lodge organization had dismembered.

For many years, the pastors were paid the entire offering collected on 1st Sundays and they received 50 percent of the offering on 3rd Sundays.

September 1948, Reverend William Taft Brooks became the pastor.  Reverend Brooks and the congregation had many first time experiences for the church.  The first choir, which included our first pianist, usher board, and Mother board were organized.  The first gospel quartet was also organized and known as the Spirtual Echoes.

Under his leadership the building was renovated with the addition of a vestibule, pastor’s study, usher and choir rooms, and brick siding.

Through the spiritual blessing and guidance of God, Reverend Searcy continued to survey the needs of the church and a building fund was put into action.  As a result, numerous improvements were made to our church building such as: installing air-conditioners, new church pews, new light fixtures in the sanctuary, rest rooms and the first water fountain.

Homecoming service continued to be held on the 3rd Sunday in July, dinners were served in the old school building or on the church grounds.

A committee was formed to carry out the business of building the new facility.  Those members that served on the committee included: Walter Bender, William Bender, Bernice Kelly-Saddler, Spence Talley and Reverend Harold Searcy.

The contract for the new building was awarded to Custom Homes of Hendersonville, TN for a base price of $98,000.00.  Other additional costs incurred were approximately $13,084.47.

The remaining costs were paid from the finances that had already been accumulated through church funds.

As the church continued to grow, the need for additional ministries became known and many new ministries were put in place, such as the Music Department (organ and drums), the addition of a Youth Choir, a Pastor’s Sunshine Choir, a Male Chorus, and a Brotherhood.  As the business of the church grew and the need for designed persons to care for the church business business grew, a Trustee Board was organized.

To better carry out the mission of the church, an Evangelistic Committee was put in place to evangelize to the community or wherever the Lord directed.  A Nurses Guild was established and trained to care for the church organization while at church by providing any medical attention required.

As the church continued to grow, a Youth Department was established to provide guidance, activities and training for all youth up to the age of 35.

Realizing that the continued growth of the church largely depends on Biblical teaching and training, additional classes were added to the Sunday School.  The Sunday School also begin issuing a quarterly newsletter.  Weekly Bible studies were held each Tuesday night.  A week of Vacation Bible School was also put into effect.

In order to further the mission of the church, a Ladies Missionary Auxiliary was organized.

As the use of the kitchen and fellowship hall grew, a kitchen committee was organized to oversee all kitchen ministries and activities of the church.  In recognition of her dedicated service, the church fellowship hall was named in the memory of Sister Willie Ann Talley.  The dedication ceremony was held May 19, 1996.  Homecoming dinners are now being served in the fellowship hall.

The church provides financial assistance to church members, their families and other people in need or in distress regardless of their location.  The church also provides financial assistance and support to Clover Bottom Developmental Center, The Wilson County Youth Ranch, the Community Help Center, the Martin Luther King Scholarship Fund of Wilson County, The American Baptist College, and Lemoyne Owens College of Memphis, Tennessee.

In 1989, the evening service for the Annual Homecoming was discontinued.  Currently, only morning services are held, and dinner is served in the fellowship hall immediately after the morning service.

Reverend Charles E. Bender, a former member reunited with Mays Chapel Missionary Baptist Church under Pastor Searcy’s leadership after his affiliation with Cedar Grove Baptist Church. He served as an associate minister faithfully until his death.

As the congregation out grew the present facility, the need for additional space was evident. The addition to the building was made in 1998 which consisted of two classrooms, a ladies and a man’s rest room, a pastor’s office with a closet and a rest room, a handicap ramp and an entrance hallway.

In order to preserve the principles of faith and to assure that the membership is governed in a orderly manner, the first church Constitution and By-Laws were written, and were adopted on November 30, 1998.

Realizing the importance of history even in Biblical times, the formulation of the church’s first historical souvenir book was initiated in April 2001.  The goal of this book is not only to commemorate the role that the church as played in the community, but also the document our heritage for future generations.

Rev. Searcy loved and dedicated his life to this church. He led by example as a man of GOD. On March 2, 2008, Pastor Searcy celebrated his 43rd Anniversary and retirement celebration. On March 13, 2008, Reverend Harold M. Searcy entered into eternal rest.

It was with much sadness that we lost our beloved Reverend Searcy on March 13, 2008 as he entered into his eternal rest.  The church has experienced several ups and downs as we go through the process of selecting a new pastor.  In 2009 Reverend Efren V. Brooks, Sr. became our pastor.  Reverend Efren Brooks, Sr. served for two (2) years and four (4) months until the church decided to pursue another leader.  We are now once again going through the process.  With much prayer and the guidance from our Heavenly Father, we will once again be blessed with a God-fearing Pastor.

In the meantime we have been blessed with several supply pastors that have been phenomenal.  And for that we say “thank you” to each of them.  Today, the church is alive and doing well.

In 2012 Minister Jeffrey L. Buford was called to be our Pastor.  He preached his first sermon as the new Pastor on Sunday, September 9, 2012 “Give Me This Mountain”.

The Lord hath done great things for us, whereof we are glad.